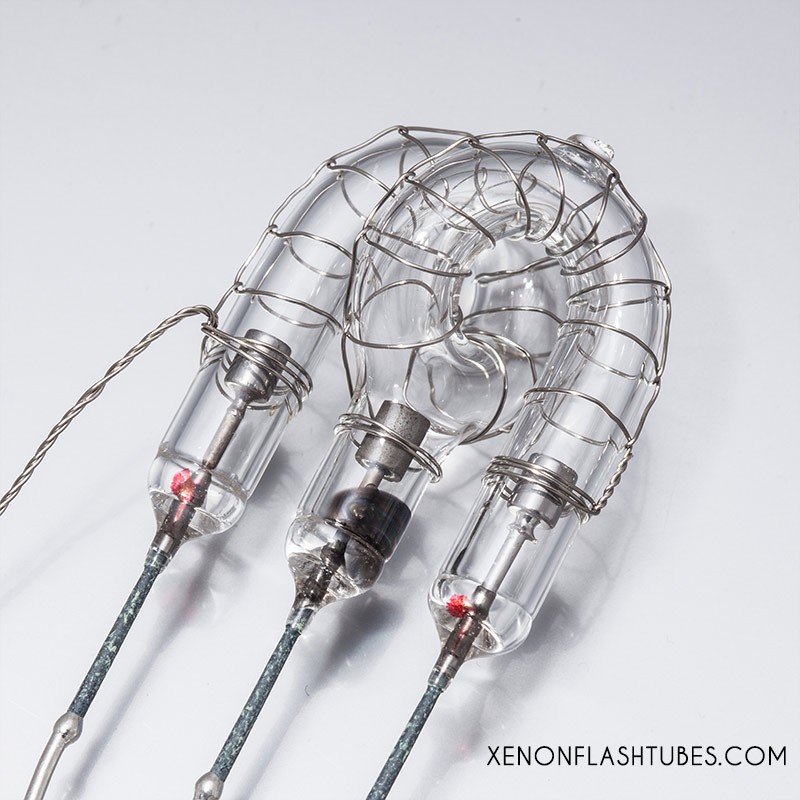 Quartz Flash tubes are known to have several different characteristics, when compared to glass or Borosilicate;
Clear-Fused-Quartz (CFQ) Flash lamps are usually made manually, since they have a much higher fusion temperature.
That is the reason they are also sturdier and can whithstand higher operation temperatures,
But at the same time results in higher manufacturing costs.

The Quartz envelope allows higher Explosion Energy, and in many cases will benefit to a longer lamp lifespan.
As a result, a higher Current Density is possible, which helps reducing the lamp's physical dimensions for a given application.

Depending on applications, sometimes UV spectrum output is needed.
Unlike glass, that blocks some of the UV spectrum and will transmit some UVA and UVB spectrum,
the Quartz made envelope will transmit a wider UV spectrum including UVA, UVB and UVC down to about 220-240nm.